World Rhino Day is a unique enterprise that was initiated in 2010. The initiative’s purpose was to unite and bring zoos, NGOs, citizens around the world, and rhino refuges together and make them one voice against Rhino poaching and to support and celebrate the 5 species of Rhino left.

World Rhino Day is celebrated on the 22nd of September every year. This special day was brought to light by WWF-South Africa. By 2011 World Rhino Day was well known and celebrated worldwide.   Each year World Rhino Day is growing and so is the awareness. The threat to Rhino extinction is due to the popular belief in Asia that Rhino horn has healing powers but increasingly common is the use as a status symbol. Read more here. The World Rhino Day highlights the efforts to deflate these perceived ideas about Rhino horn and decrease the illegal poaching of Rhino for this reason.

There are five species of rhino; black, white, greater one-horned rhinos, Javan and Sumatran. The most endangered species of rhinos are; Black, Javan, and Sumatran and this mean that there is a possibility that these species can go extinct within 3 to 4 generations.  In the early 20th century there were more than 500 000 Rhinos roamed in Africa and Asia, those numbers have dramatically decreased. 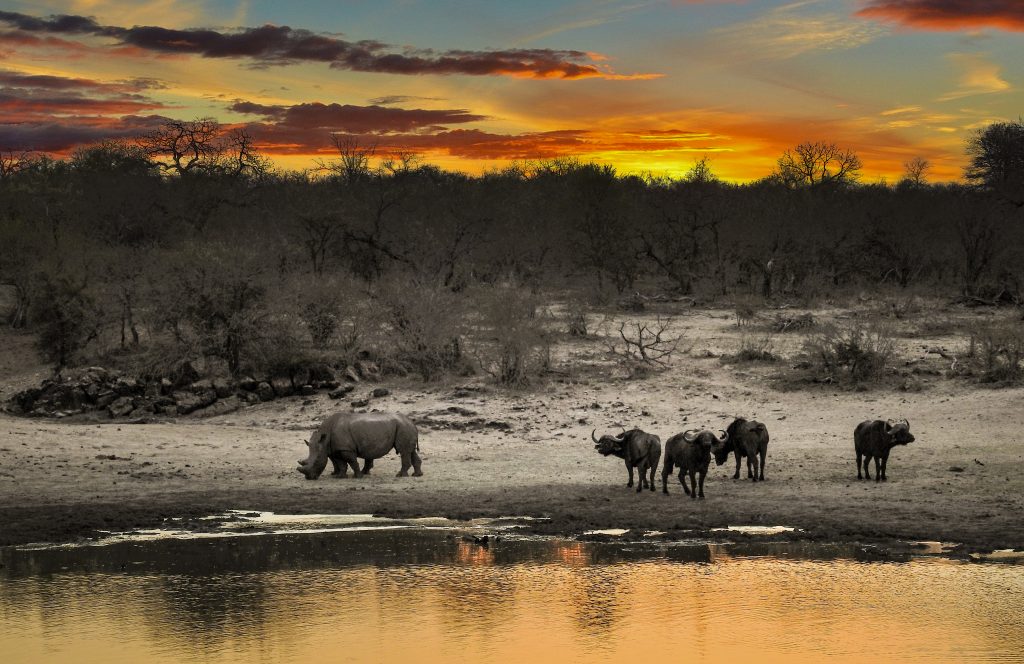 Here are 7 things you could do on World Rhino Day to show your support:

1. Visit the zoo, that way you can be involved in special talks with the keepers about the different species of rhino, where do they see the rhino species in the coming years and all the problems that they are facing.

2. Not only rhinos are on the brink of extinction the coming years, there are other species that also endangered currently and can extinct sooner than we think or before the rhino species. So, spending time doing some research about the species endangerment can help.

3. Give donations to organizations that support endangered wildlife.

4. Make some time to watch documentaries that talk about rhino endangerment and extinction. Watching a documentary can help you learn more about all the calamities the rhino species are facing.

5. Build a community, do some initiative to keep you busy, discuss rhino endangerment and do fundraising for endangered wildlife and the efforts of conserving animals.

6. Read articles from organizations such as WWF, Defenders of Wildlife and International Fund for Animal Welfare.

7. Mobilize yourself and join activities that are planned in the country, that way you also will be involved and contributing to the fight against rhino poaching.

The World Rhino Day is so special, it would good for everyone in the world to be involved in such a great initiative, support and contribute in any way possible, to see this day as a good time to highlight the endeavor that has been started to find fight rhino poaching.

Visit our gallery for a glimpse of what we do here at Mpeti!